Busy Days for Mortgages within Strathroy

The bar graph listed below illustrates the busy days for Internet mortgage applications that were received by the Super Brokers web site. Each day is a representation of the combined 6-year total of all instances of that day. In Strathroy the busiest day, with approximately 28.17% of all inquiries, is Wednesday. In comparison, Monday's are the slowest day with only 8.45% of all inquiries.

Peak Hours for Mortgages within Strathroy

Ontario Mortgage Originations Compared to all other Provinces and Territories

How Strathroy Ranks in Ontario for Mortgage Business

The following table lists how Strathroy ranks for mortgage applications sent to our website. The data collected is over a 7-year time frame. A location has to have a minimum of three applications to make the list. To find more information, simply click on a location.

The information below represents the average income of people living in Strathroy who have submitted an inquiry using the pre-approval application on Mortgage Super Brokers' web site.

Note: Commercial Mortgages were not included for this report, only residential mortgage loan amounts from Strathroy, Ontario were used.

Mortgage Statistics
Did you know? The average home loan in York is:
$246,320*
Discover many more facts and statistics exclusively here at Mortgage Super Brokers. 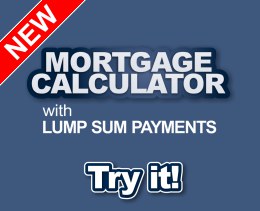