What is the Prime Rate?

In Canada, the prime rate is a guideline interest rate used by banks on loans for their most creditworthy, best, or "prime" clients. The prime rate rises and falls with the ebb and flow of the Canadian economy, influenced significantly by the overnight rate, which is set by the Bank of Canada.

For example, when prime lending rates were high, many Canadian lenders were offering variable rate mortgages as low as prime minus 0.90 per cent. Since then, economic pressures and shrinking profit margins have forced banks and lenders to decrease prime rate adjustments to anywhere between prime minus 0.21 to prime plus 0.20 per cent.

What influences the prime rate?

The prime rate is influenced primarily by the key overnight rate, which is set by the Bank of Canada on only eight pre-announced days per year. The overnight rate is in turn set in response to certain economic pressures.

The Bank of Canada's monetary policy manipulates the overnight rate in a way that balances its long-term goal of avoiding inflation against short-term economic goals like reducing the unemployment rate.

Historically, the prime rate has been somewhere around 200 basis points (2%) higher than the target overnight rate. When the Bank of Canada increases or decreases its target overnight rate, the big five banks typically follow suit. However, there have been occasions where the banks don't immediately change their prime rates, and some Canadian banks have had different prime rates from others.


How changes in the prime rate affect consumers

Businesses, families, and individuals alike cannot avoid credit products, all of which are affected by either the prime rate, or at a deeper level, overnight rates.

Even without having a loan yourself, it's highly likely that you're dealing with a business or person that does. Perhaps you have a credit card. Maybe you buy your fuel at a gas bar that hasn't paid off their commercial mortgage yet. Perhaps the company you work for has a line of credit. Maybe the guys behind the website you're currently visiting have an emergency line of credit. (Wait, what? We didn't just say that.)

One way or another, the effects of changes in these interest rates manifest themselves in your day-to-day life. A higher prime rate might cause that gas bar you visit to charge a few cents more on the litre. It's a pretty safe bet that somewhere along the line, someone who was responsible for making a component for the computer you're currently using manufactured their part on borrowed funds, and that increased the cost of your computer.

How the prime lending rate influences the mortgage market in Canada

In the Canadian mortgage market, the prime rate is used for calculating and lending money on variable rate or line of credit mortgages.

A variable rate is typically a closed term, either 3 or 5 years in length. Usually, depending on the economy and availability of mortgage money during a particular cycle, variable rate mortgages will follow prime rate less a set discount. For example: Some variable rates will have a Prime Rate minus 0.85%. Today, the prime rate is set at 2.45% and the best variable rate is 1.39% 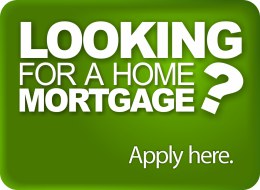 Mortgage Brokers Work for You
A mortgage broker works for you, and not the bank. Unlike bank employees, brokers are not obligated to give you a mortgage product from any one lender or source, which means that you can count on a broker to find many great mortgage products with lots of options and low rates, all suited with your best interests in mind.

Mortgage Payment Calculator
Find out exactly what you can afford to spend on your new home with our freshly redesigned and easy to use mortgage payment calculator, now with lump sum and pre-payment options, automatically generated graphs, and side-by-side mortgage comparisons.