Mortgage Calculators
We took all of your suggestions over the years and added them all to our new and improved mortgage calculators. We think they're pretty good, but don't take our word for it, try them it out for yourself! 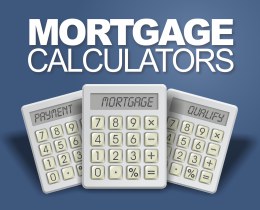 Contact a Mortgage Broker
For up-to-the-minute mortgage rates, quick closing specials, or local rates and discounts from regional lenders, contact us and we will connect you with a broker that knows your area.