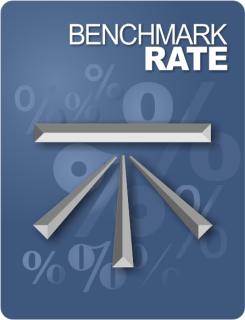 What is the benchmark rate?

The benchmark rate is a rate that lenders are required to use to qualify mortgage borrowers in Canada who want a variable rate mortgage or a mortgage term of less than 5 years.

The benchmark rate made headlines in the early part of 2010 when the Government of Canada announced new rules for lending money and qualifying for mortgage loans. These rules were put in place due to perceived volatility in the market, and the government's desire decrease that amount of volatility.

The feds felt this benchmark rate should be based on the consistently higher Bank of Canada conventional five year rate; a rate meant to represent a cross-section of posted bank rates. The conventional five year rate and posted bank rates are much higher than rates that can be available through a mortgage broker in Canada. Typically, the benchmark rate is around 1.50% higher than a mortgage broker’s best rates.

Why are they doing this to us?

A History on Benchmarks

The term benchmark as we know it today probably originated from the chiseled horizontal marks that British ordnance surveyors made in stone structures used as a reference point for the calculation of heights and altitudes. The use of benchmarks goes back hundreds of years and although many have now disappeared, you can still find some today mainly on old churches and bridges throughout Britain.

The purpose of using a qualifying benchmark rate is to ensure that those who qualify for a mortgage in Canada can qualify with breathing room. In the event of a downturn or increase in rates down the road, this prevents Canadians from becoming orphaned homeowners without a lender willing to assist them.

This has happened in the past where a borrower becomes over leveraged and they own a home that they barely qualified for. In the case of a variable rate mortgage, if the rates start to climb, a maxed out borrower will not be able to afford the payments based on a conversion from variable to a much higher fixed rate mortgage, and may be left with a negative amortization. This is a very bad thing.

The benchmark rate forces people to qualify at a much higher rate so that it can be proven that, even in the event of a substantial mortgage rate increase, that they are fully capable of handling that mortgage loan.

Mortgage Brokers
Looking for low mortgage rates? Need fast service? Want access to a specific or somewhat unconventional product? Check, check, and check. Our mortgage brokers have it all and they'll work hard to make sure you will too.

Shop for the Best Mortgage Rates
We do our best to find the best mortgage rates in Canada. But if you do find better rates elsewhere, please let us know.

Best Brokers, Lowest Mortgage Rates, Period.
Our savvy brokers make it their mission to offer the lowest rate on the best mortgage products available in Canada. See the advantage we offer for yourself.